Making the Case for a Rebrand 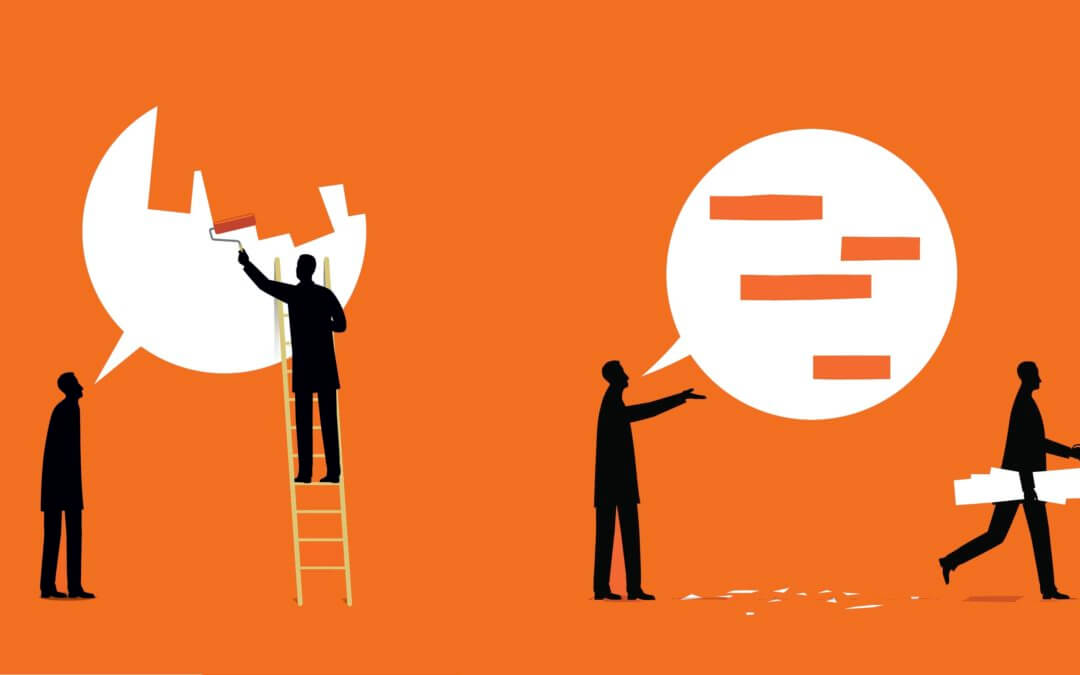 Rebrands are for Firebrands

Not everything in the branding world is relatable. For the average person, chatting about go-to-market strategies or employer brands isn’t exactly scintillating dinner party conversation. But there is one thing that ignites fiery debate and criticism, even from those without any skin in the game, and that is the curious case of the rebrand.

I’ve had multiple conversations with people who, though they have never expressed an interest in any other aspect of branding before, suddenly discuss the latest logo change, mission rewrite, or app redesign with a passion normally reversed for movies or sports.

And I think that’s because there’s something inherently emotional and human at the heart of a rebrand. It’s a vulnerable desire to reinvent yourself, shed what’s holding you back, and reenter the world with a clean slate. Who doesn’t want that? Plus, for better or worse, people wrap their own identities into the brands they love. When a brand changes without your consent in a strange direction, it can feel like a personal attack.

Standing Still Is Not an Option

For a business, this heightened emotional state can be a blessing or a curse. People are either going to cheer on your transformation, or feel offended, cheated, manipulated, or worst of all, bored. And like all things, executing a successful rebrand takes a considerable amount of time and money. So, why would a brand roll the dice on a high-risk, high-investment bet? Because in life and business, the only thing worse than a misstep is standing perfectly still.

Too often, rebrands are only discussed when a business is trying to disassociate itself from a negative image. And with the ubiquity of Wells Fargo’s apology tour, we don’t blame you. But the truth is, even well behaving, top performing brands constantly have to ask themselves questions, like: Is our story still relevant? Do we need to streamline our services under one cohesive identity? Are we still attracting top talent? If not, it’s time to make the case for a rebrand.

WeWork, the co-working startup that launched in 2010, is known for renting out office space on flexible terms, but co-founders Miguel McKelvey and Adam Neumann clearly have ambitions far beyond the co-working craze. In 2018 alone, they opened a private school called WeGrow and a physical store called WeMrkt. Neumann has even expressed a desire to one day have entire WeWork Communities, where everything from your apartment to the school your children attend is brought to you by WeWork.

As their service offerings change over time and their brand story becomes larger and more meaningful, they have rebranded to match. The “We” in “WeWork” has become a parent brand of sorts, encapsulating all of their different products – and what a perfectly fitting container. For years, they have been driven by the power of community. As stated on their mission page, they are a place where “you join as an individual ‘me,’ but where you become part of a greater ‘we.’” Now, that “We” is a flexible support structure to hold all of the new product developments they will drive in 2019 and beyond.

Politicians tend to be in touch with graphic design and branding about as well as they are with how most Americans actually live their lives. Considering how blunt, clunky, and meme-driven the political discourse has become, it’s easy to forget that each politician is essentially a unique brand under the larger umbrella of their party.

Alexandria Ocasio-Cortez’s primary victory over Rep. Joseph Crowley in New York’s 14th Congressional District was stunning for a variety of reasons. For one, her campaign’s radically designed posters and buttons were actually stunning, designed by Maria Arenas of Tandem NYC.

Ocasio-Cortez, representing the 192-year-old Democratic Party, faced a challenge that many legacy brands must deal with: how do you deal with a rapidly changing target demographic? Her grassroots campaign sought to speak to a different voter base and audience – and that required a different visual language. One that embraced visual text-framing devices styled as speech bubbles, symbolizing a vocal, pluralistic approach to politics. It immediately conveyed a more diverse racial, cultural, generational, and ideological representation in the face of career politicians. 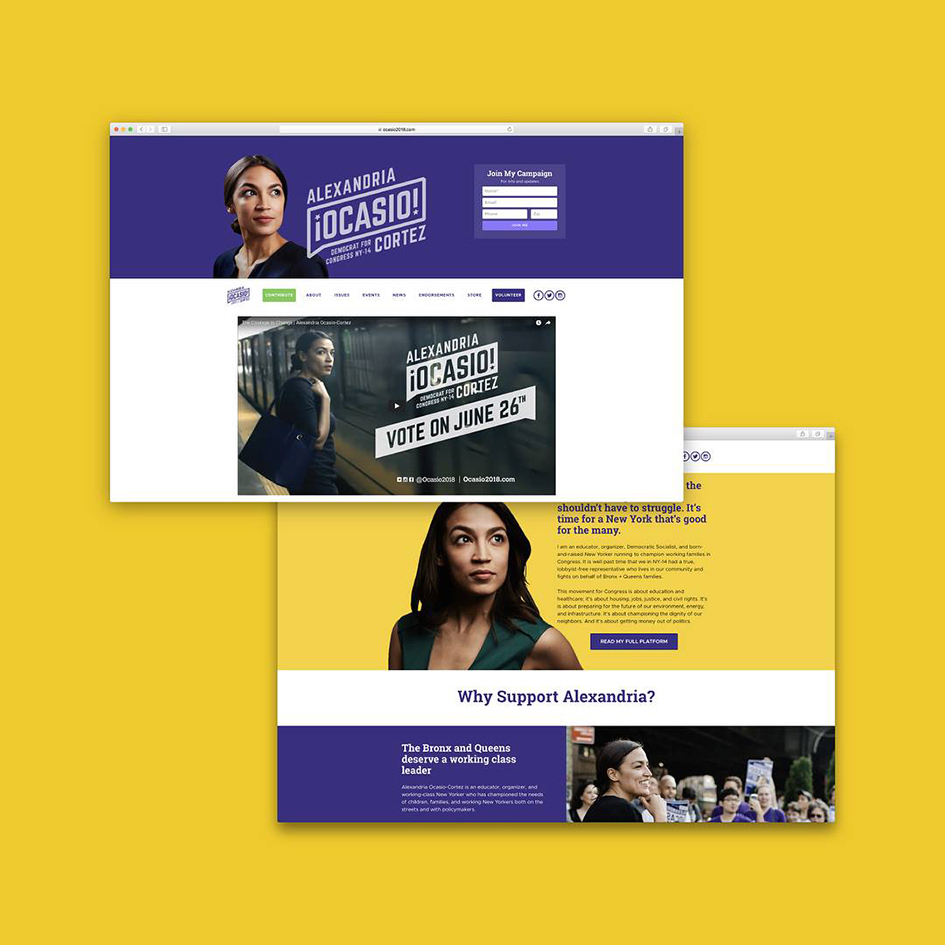 Keeping Up in a Brutal Landscape, Example: Toys “R” Us

After 70 years in business, Toys “R” Us stores across the U.S. shut down last June. For many, it was an oddly heartbreaking moment when the last vestiges of childhood went officially bankrupt. And while you can certainly blame Amazon, Walmart, and all the other one-click delivery monoliths, the guiltiest party of all was us. For one reason or another, we fell out of love with the brand and lost the magic that we kindled as children.

Toys “R” Us is a particularly interesting case study because we actually have a glimpse of where the brand was heading before they closed. In the liminal space between bankruptcy and liquidation, Toys “R” Us CMO Carla Hasson and Creative Director Lee Walker enlisted the branding and design firm Lippincott to reestablish their relevance for a new audience: parennials, or millennial parents, that grew up in the aisles of Toys “R” Us. Along with a series of delightful animated videos, the firm honed in on the backward “R” as the piece of the brand with the most equity and nostalgic affinity.

The work is fascinating because you can actively see the firm working to solve the problems of a legacy brand that waited too long to make a change. Questions of retaining brand equity, maintaining relevance, and creating a memorable impression that will stick with your customers are all being tested. The work is a cautionary tale and a reminder of the power of rebranding. 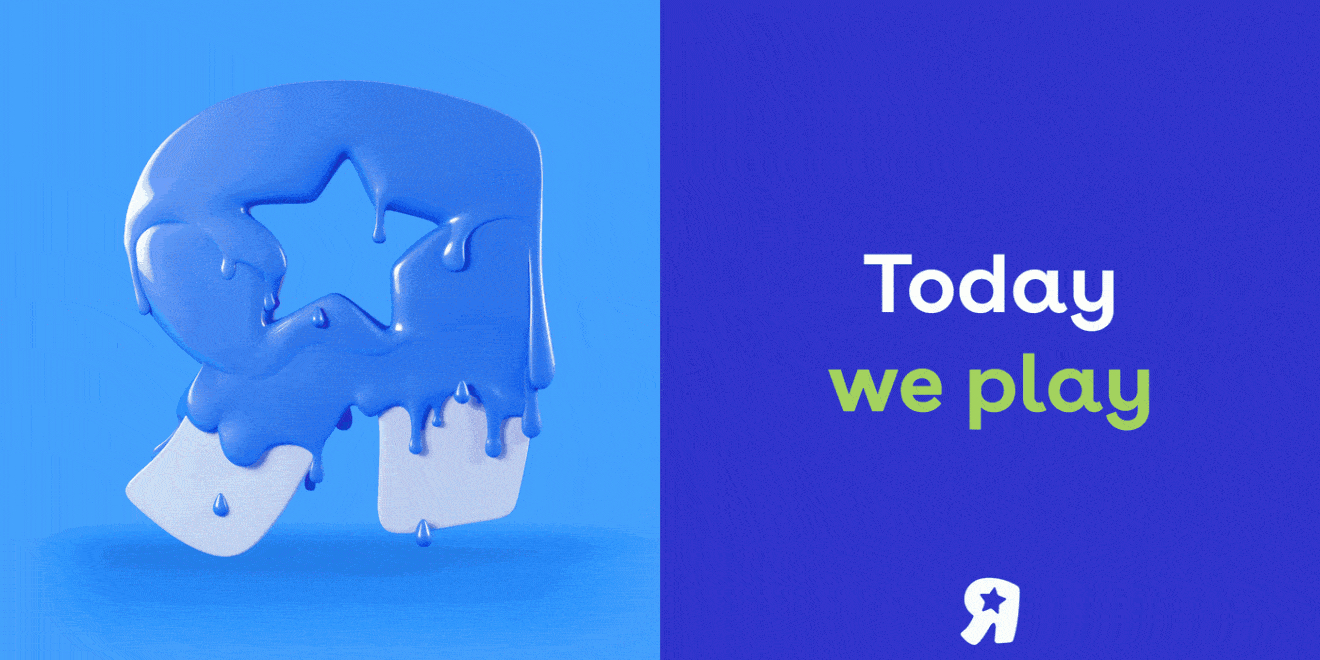 As Aiden Cole, Cofounder of NTuitive.social, says, “Rebranding for the sake of rebranding is a waste of time and energy. Understand what problem you are trying to solve and figure out if rebranding will fix it. If your customer base has changed, new customers are coming back and you are altering your entire business, then yes, rebrand. But if you are simply having a slightly off year, don’t spend the time.”

Rebranding is no slight thing. But if you’re looking to revamp your products, focus, or reputation, it just might be the answer. To learn more, contact Founding Partner Tracy Lloyd at tracyl@emotivebrand.com.