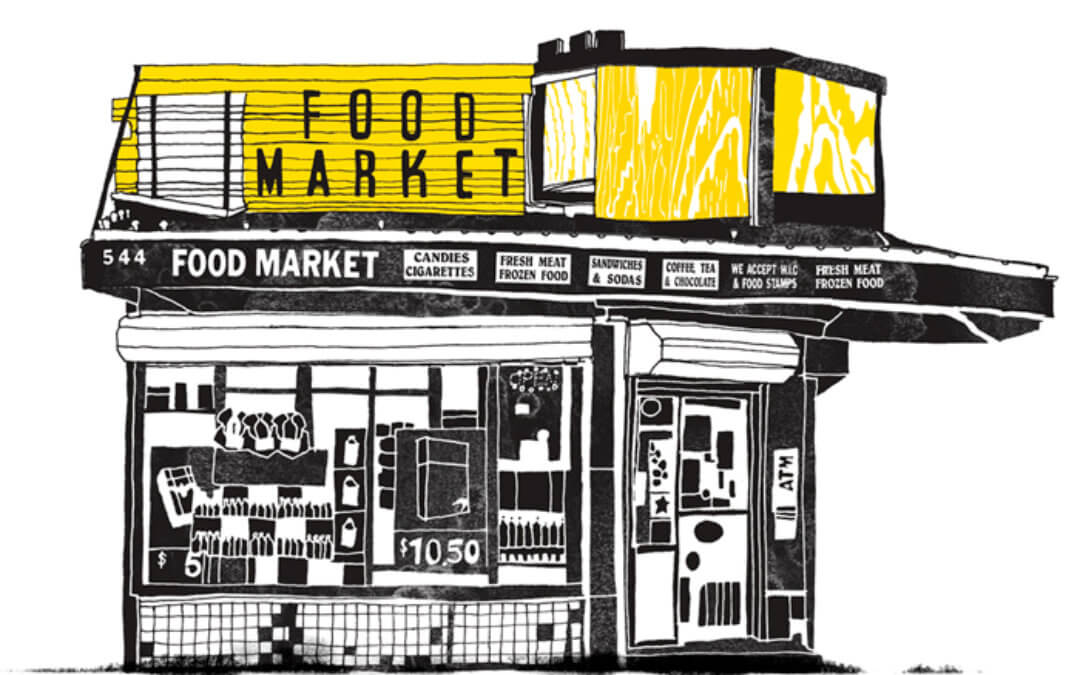 Bodega is not your new bodega.

The online world is angry with Silicon Valley startup Bodega, which has chosen a brand name that equates itself with the beloved New York corner store. The brand articulates its value as “everyday essentials, instantly.” It offers large vending machines / minibars / mini-shops  – whatever best fits the environment – all contained within a box. The brand calls the boxes Bodegas.

Bodegas use the latest technology to create cashless, card-less experiences. Gym-goers can buy new headphones when they forget them. College students can purchase last-minute detergent when they realize they are out. Dads and moms can reload their diaper stash without pushing the stroller outside their apartment complex. The brand claims machine learning will be able to customize each Bodega’s offerings to each unique community’s needs.

Co-founder Paul McDonald explained his vision in an interview with Fast Company, and it doesn’t sound good for brick and mortar bodegas.

“Eventually, centralized shopping locations won’t be necessary, because there will be 100,000 Bodegas spread out, with one always 100 feet away from you.”

Here’s what we took from all the negative response.

1. The wrong name can tank your business in a matter of minutes.

Bodega is Spanish for “storeroom” or “wine cellar.” In the US, most bodegas originated with immigrants. According to Carlos Sanabria, author of The Bodega: A Cornerstone of Puerto Rican Barrios, the New York bodega is still associated with the first generation of Puerto Rican entrepreneurs who came to New York City after World War II. Now, Puerto Ricans are part of a diverse array of people who run and own bodegas and bodega has become synonymous with your local corner store.

So the word bodega carries a lot of cultural meaning that the startup somehow missed. Many are calling the company’s brand choice misappropriation, cultural insensitivity, a celebration of gentrification, or just plain ignorance. The company’s logo choice – a cat, part of the celebrated cultural fabric of bodegas – further drives this anger home. Borrowing a name and a cat, Bodega is trying to put the very bodegas they drew inspiration from out of business. And that’s just branding with bad intentions.

Following the negative outpouring, McDonald apologized and said that he actually “admired” bodegas and took back his earlier statement about his vision to replace them. He admitted that their research showing that no one would be offended by the name must have been asking the wrong questions to the wrong people. That he wanted to make sure their name reflected the brand’s values in the days moving forward. The problem is he’s waffling. Why should anyone trust him or his startup now?

2. All research is not created equal.

According to McDonald, Bodega did surveys in the Latin American community and found that 97% of people did not have negative connotations around the name. McDonald said: “It’s a simple name and I think it works.” Only later did he admit something must have gone wrong.

We wonder if they asked New Yorkers who actually live near bodegas. Or the Latin American families who own them. We wonder if they ventured out of Silicon Valley to conduct their research or gave any context around the purpose of the company itself. Smarter research may have helped them avoid this backlash from the start.

3. Understand your audience’s values and lifestyles.

New Yorkers don’t only go to bodegas for the convenience or the local customization – the startup’s only selling points – they go for the relationships. So simply replacing a bodega with a big, tech-enabled box is never going to be enough for bodega-goers. They go for the feeling of belonging to a neighborhood. For the people who say hello to you and know your order by heart. They go for the ritual. The history. For the nostalgia of the pre-Instacart, Door Dash days. They go because they can feel good about where their milk money is going. Because those late-night, early-morning visits when everything else is closed feel like their own little secrets. That explains the Twitter outpouring and the long list of answers to The New York Times’s inquiry, “Tell Us Why You Love Your Bodega.”

No box can offer any of these emotional values, needs, desires, or connections – and Bodega didn’t even realize they exist.

Brands today have to be empathetic. Understanding people and what is important to them is key to connecting meaningfully – and often the difference between cultivating brand lovers and going up in flames.

Bodega created a brand with no feeling, no heart, no positive emotional impact, and an overall lack of empathy. The buzz will inevitably die down, but if you remember anything about Bodega, remember that when building a brand, emotions do matter.