Minimalism: Not a Passing Trend 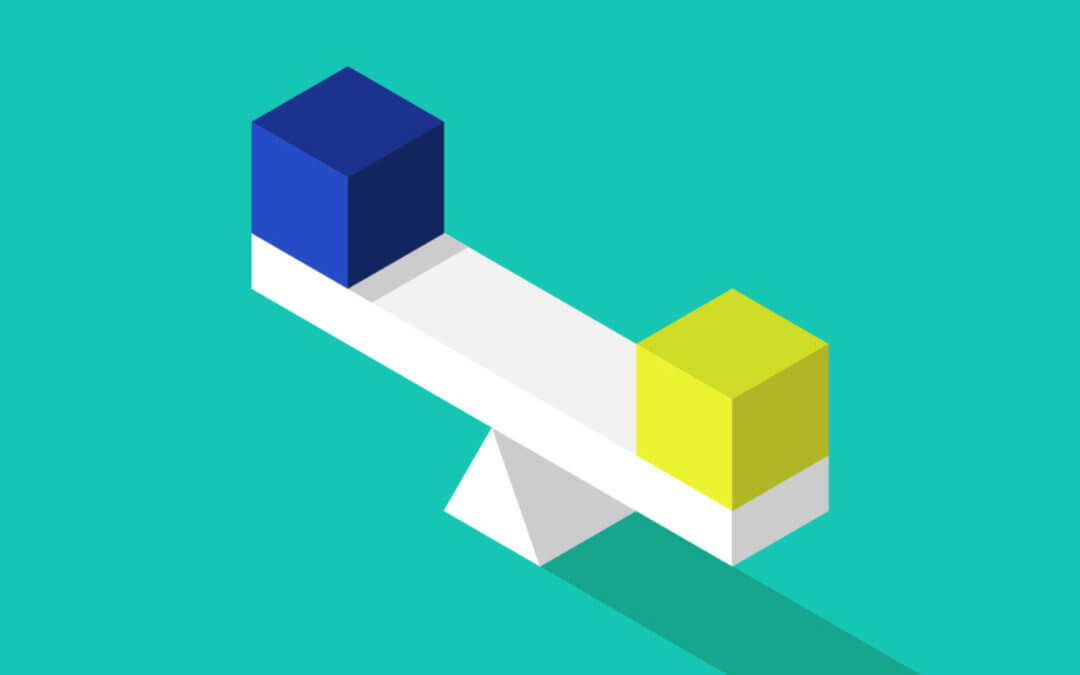 Design can be a trendy business. It’s easy to fall into the trap of following what others deem exciting – moving with the grain rather than against it. However, there’s a problem with trendy design: it gets old.

Recently, there has been a resurgence of simple geometric forms in branding: simple color blocks of type in packaging, white book covers, and clear lines. And it may seem like this minimalist way of designing is a new-ish trend, popularized via Behance or famous design blogs, when it actually is just a reach back into a real movement etched in art history books.

So What is Minimalism?

Rather than the newest flavor of the month, Minimalism is a skillful technique rooted in classic typography and a simple composition style. The concept of Minimalism is embodied in the principle the architect, Mies van der Rohe, coined: Less is More. Minimalism, as a design style, embraces a generous use of negative space, sparse typography, limited color, and a strong sense of hierarchy. In essence, it is all about stripping down the design to its most essential elements. Again, less is more.

It’s important to understand that Minimalism isn’t a new concept. It’s a historical technique that has come back into view. You can easily find elements of minimalism in design, art, and architecture in almost any Modernist time period: the geometric abstractions of Bauhaus, the De Stijl art movement (1917-1931), Russian Constructivism (1940’s), American Minimalism in art (1950), or even traditional Japanese design.

Artists of these eras – Theo Van Doesburg, Piet Mondrian, Ludwig Mies van der Rohe, Buckminster Fuller, Dieter Rams, among others — advocated for the return to the most basic elements of design (form and color), reduced design to its most fundamental components (lines, primary colors, black and white, positive and negative space), and embraced unobstructed open space, marking their designs with extreme clarity and simplicity.

One of the most common misconceptions about Minimalism is the idea that because it is so sparse, it must be simple to execute. But nothing can be further from the truth. An impactful minimalist design not only conveys the most essential elements, but strikes a perfect balance between them. Because there are so few elements, the designer has to make calculated choices in composition, color, line thickness, and font size. And sometimes the incremental differences can make or break the design.

As a result, Minimalism requires that in order to avoid being boring, the artist be particularly innovative, clever, and creative. The simpler the design, the bigger the opportunity to infuse it with an unexpected twist. To attract attention and energize the look, a minimalist logo may rely on turning letters upside down, spelling a word backwards, or surprising the viewer with a visual pun.

That’s why designing on a grid is one of the fundamental techniques of a successful minimalist composition. The grid allows for a logical and harmonious arrangement of text and image, so that the final piece is balanced and functional. This goes tenfold for web design. Simple user-interface is essential for websites heavy on information and complex in structure.

Why is Minimalism Relevant Now?

With the advent of smartphones and the high-speed digitalization of the world, there is a growing need to organize the enormous flow of information people encounter every day. The human brain can only absorb a certain amount of visual overload before it shuts down. And often, this overload can cause anxiety for viewers. That is why it is more important than ever for businesses to learn how to cut through the chaos with clean fonts and design that calms instead of adds anxiety.

With the majority of people viewing pages on a smaller smartphone device, users need faster loading times and easy to navigate interfaces. Most smartphone users are too impatient and or unwilling to read or scroll endlessly just to complete a simple task. That’s why streamlined functionality is so key.

From fashion to technology, some of the most successful brands are driven by minimalist design. The most obvious example is Apple. Under Jonathan Ive, Apple has created a slick minimalist cult-universe, stronger than any brand before it.

According to the information leaked by the Apple University, aspiring design trainees study Picasso’s famous 11 bull lithographs – lithographs that one by one strip down the drawing of the bull to only its bare outlines. This method is at the core of Apple’s brand design.

Everything about the Apple experience is intuitive and stripped of all complexity. The design feels natural, from the weight of the iPhone to the feel of the mouse, all is human-centered as if the technology was a natural extension of the user.

Google has also found enormous success by reducing the users’ anxiety by placing only a logo and a search box front and center. When other competitor search engines were using the “kitchen-sink” method, Google’s decision to embrace Minimalism positioned them automatically ahead.

Dieter Rams, an icon of minimalist industrial design, followed der Rohe’s, “Less is more,” with, “Less but better.” This became another famous statement of Minimalism. And a mantra that many brand strategists are taking to heart these days as well.

If a brand strategy is well researched and focused in on the right market, if it possesses the right message and speaks in the right tone – that’s the goal. And strategists can learn something from the clarity and timeless simplicity of minimalistic design and art.

For instance, we’ve seen short and precise taglines thrive in the last decade. Think of Apple’s “Think Different”, Nike’s “Just Do It”, or L’Oréal “Because You’re Worth It.” These simple and effective slogans help these brands stand out, create meaning for their audiences, and keep them memorable for years. It’s all about communicating the essential – what will have the most value to the specific people a brand wants to reach.

Striving for the clarity that comes with Minimalism can help your brand forge stronger and more emotional connections with the people you want to reach.  It can help a brand resonate faster with people, present itself as more approachable, and better engage with its audiences. There’s a lot to learn from the history of Minimalism, and simple, clear, essential design will never get old.