How to Slay a Creative Block Monster 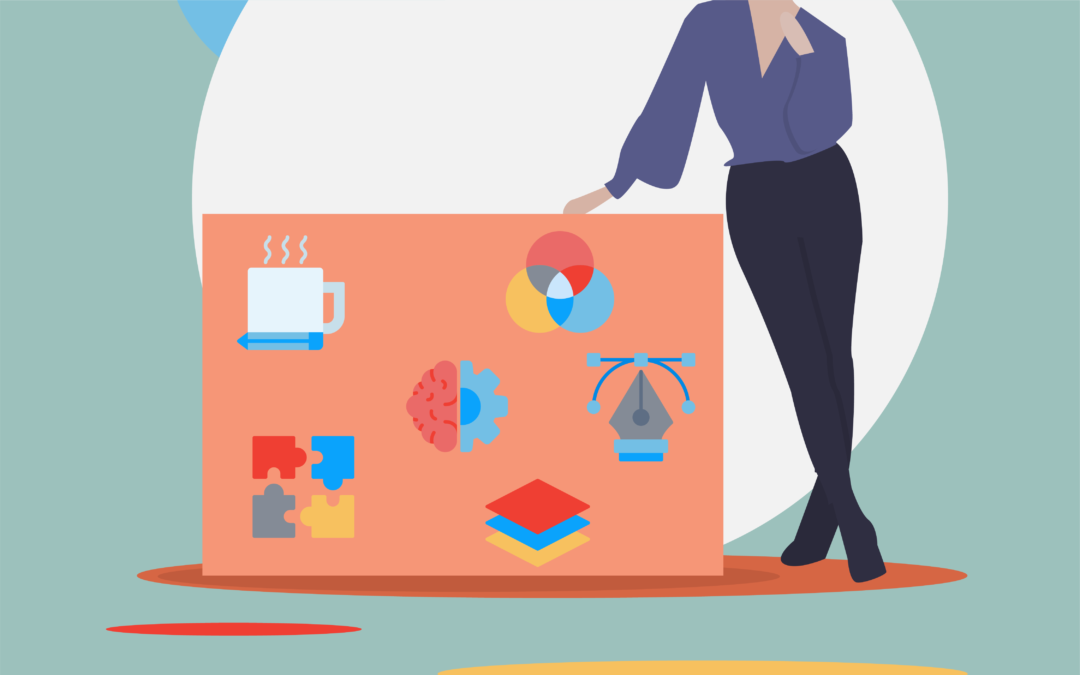 August 16th, 2021. I find myself sitting in front of my oversized monitor, surrounded by the predictable Apple devices. My hand is resting on the mouse, Coldplay sings “Yellow” through my overpriced Air Pro Max headphones, while I stare at the white artboard spread across my screen. My left hand rests on the keyboard, while my index finger taps the “T” key. Tik, tik, tik… is it just me, or is my monitor getting bigger and the artboard getting brighter? Two big sinister eyes appear on my screen and before I know it, the Creative Block Monster grabs a hold of me and sucks me into a bright white room. It’s a monstrously large and so glaringly bright space. The only sound is the buzz of the overhead lights. One thought passed through my mind: “F*%$!”

A month earlier, after a year and a half of in-house work staring at the same logo, colors, and fonts, I had that sinking feeling in my stomach that I was losing the creative part of me. I was a worker on the brand assembly line churning out the same art day-in and day-out. Clock in. Cut. Paste. Repeat. Clock out.

As I exported what had to be my 23rd banner ad, fifth whitepaper, second sales deck, and third costumed canary (don’t ask), I stopped, took a step back, then another away from the assembly line permanently.

Flash forward to today, my new job as a designer includes working with a larger team that builds multiple brands from the ground up. And now I find myself in the white room behind my screen with Kevin, the Creative Block Monster, hissing like a snake, in my ear “You can’t do it. You’re not a real designer. You’re going to fail.” One thing I know for sure that I’m good at is a challenge and I’m going to take Kevin down.

So, what’s my trick to fighting back? It’s not a singular guaranteed solution, like a big switch I turn on and behold my creativity. Instead, it’s more like a series of little tweaks, levers, buttons, and dials that allow at first a trickle, then a stream, a flow, and finally a raging river of ideas and creative solutions all landing on the screen.

One last reminder before I go: it’s going to be ok.

You will have a day or days where you are completely stuck. You will be hard on yourself and want to give up. You will judge yourself horribly and, in frustration, throw a book, or an iPad (that was one expensive tantrum) across the room. But as mom has said when I’ve been down, “It’s always bad at night, but things will be better in the morning.” It’s worse in the moment, but remember that it’s just a moment in a lifetime of moments. Things have a way of working out and when they do, you become a stronger designer because of it.