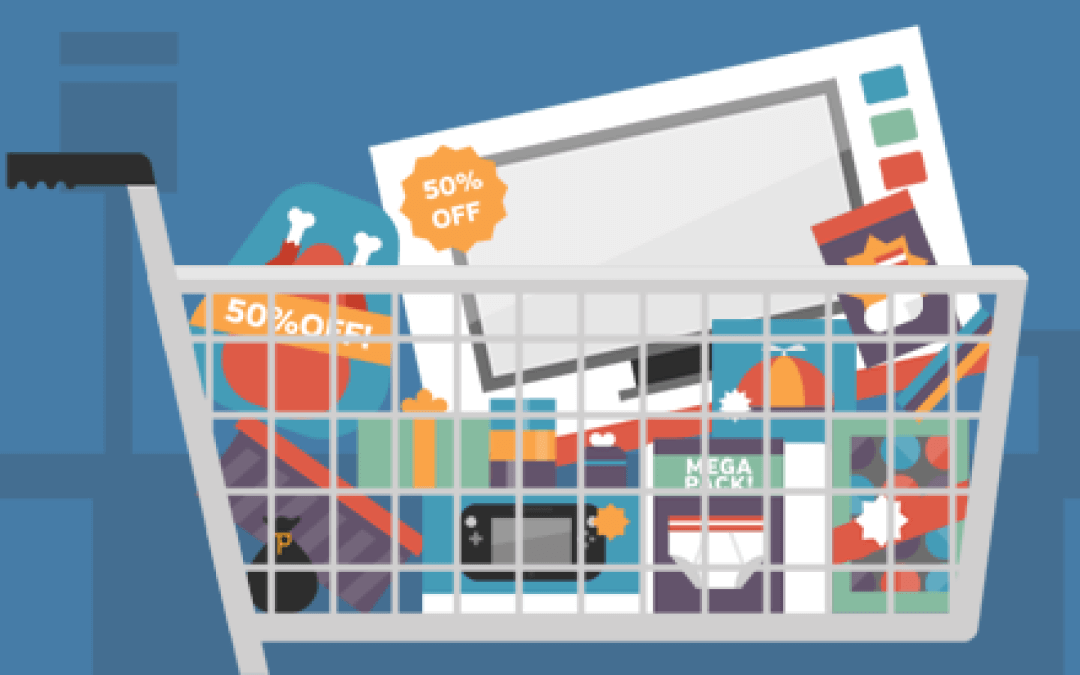 It’s no secret that to many consumers and companies alike, Black Friday is the most important shopping day of the entire year. And this year proved no different. Millions of shoppers prepared to wait in line for hours – camping on sidewalks, rushing through doors at the crack of dawn, and sometimes even literally clawing at each other to get what they want – discounts, new goods, more, more, more…

In 2015, 74 million shoppers shopped on Black Friday, and this year, even more shoppers were counted. For many companies, online sales are exponentially larger than on any other day of the year. This year, around $13 billion dollars were expected to be spent over Black Friday weekend. People were inundated with emails and ads about new deals, new merchandise, and new ways to save and spend more for weeks before actual Black Friday, and now, for days after.

So now that Black Friday has technically come and gone (although many of us are still getting those emails), it’s time to take a cue from some of this year’s brands who made a different kind of splash this Black Friday.

If anything, this year proved that not everyone’s on board with this spending, shopping extravaganza. To many, Black Friday represents much that’s problematic about business today: profit over purpose, greed over empathy, and quantity over quality.

This year, four people were seriously injured and two people were killed in the shopping frenzy. The Seattle Nike store was completely trashed by shoppers. Mayhem broke out in malls across America. But not all brands joined the chaos. There are several that are speaking out against Black Friday for these and other reasons.

The Alternative Black Friday Movement: What It Means, and Why It Matters

REI’s decision last year to shut down on Black Friday spurred what people have now coined ‘The Alternative Black Friday Movement.’ And this so-called movement is growing.  The following of REI’s hashtag #OptOutside has more than doubled since last year. In fact, this year 550 organizations have adopted the movement as their own, and 3.6 million people pledged to #OptOutside. Many organizations also made their own personal statements against the holiday.

So What Does This Mean for the Black Fridays to Come?

Increased Focus On Giving Not Spending

Although REI was the first to shut down stores, Patagonia was already making a strong anti-overconsumption statement in 2011 – shocking many shoppers by doing something no brand had done before. The business ran a full-page ad in the New York Times with the copy “Don’t Buy This Jacket” written over their best-selling jacket. With this message, Patagonia asked customers to “buy less and reflect more” before spending – even on their own products.

This year, instead of closing stores the company decided to donate all Black Friday profits to local grassroots organizations working to protect our environment for future generations. They focused on small, under the radar organizations that work on the front line of some of the most pressing environmental issues of today. Patagonia stated that in light of the recent election, “the support we can give is more important now than ever.”

Although this was both a political and social statement, Patagonia felt that in the end it was also about furthering connections with their customers: people who fiercely love the world and support the people who are willing to work hard every day to protect the wild places they love.

The pay-off of Patagonia’s choice has proven large for the business. Although estimated sales for the day circled around $2 million, the company made more than $10 million. Thousands of people who had never before purchased from Patagonia bought something for the first time – proof that a statement of support and not spending can create loyalty, increase engagement and respect, and build connections with established and new customers alike.  We expect to see more brands in 2017 follow suit – giving more, while encouraging spending less.

REI’s #OptOutside movement started not only with the intention of making a statement against Black Friday, but aiming to encourage people to reconnect to the outdoors (a key aspect of their purpose as a brand). The company paid their 12,000+ employees to adventure for the day – inviting the rest of the country to join in on the explorations – and it worked. More than 1.4 million people and 170 organizations chose to #OptOutside the first year.

This year, REI continued to align their Black Friday decisions with their larger purpose by partnering with other big name brands like Suburu, Google, Meetup, and Outdoor Research (all which share similar missions) to increase the reach of the movement.

Because their stance stems from such a genuine and authentic place, the movement has found astounding success and started a wave amongst businesses and brands of all types and missions. Suburu hopped on the #OptOutside train and added #MakeADogsDay to the mission of the day – incentivizing people to bring their dogs along on their outdoor adventure by donating to the ASPCA whenever anyone shared both hashtags.

The Black Friday of the Future

It’s not just outdoor companies who are coming out against Black Friday. This year, Oliver Cabell, a high end bag business, shut down business on Black Friday because they believed the holiday went against their brand value of putting quality over quantity. Other brands are finding alternative ways to show more empathy to employees who have to work on the holiday. For instance, Handy, an online platform that helps connect people to household services, paid professionals 1.5 times their normal rate to show their appreciation (at no surcharge to the customer).

As the statements of some of the top performing brands today gain traction and support, it will be interesting to see how the brands and businesses continue to address Black Friday in years to come. People are asking, “Will green Friday be the new Black Friday?” We can’t be sure of the future, but hope that more brands and businesses continue to authentically embrace purpose over profit, show greater empathy, and increase their giving in the Black Friday’s to come.