Bridging the False Divide Between B2B and B2C 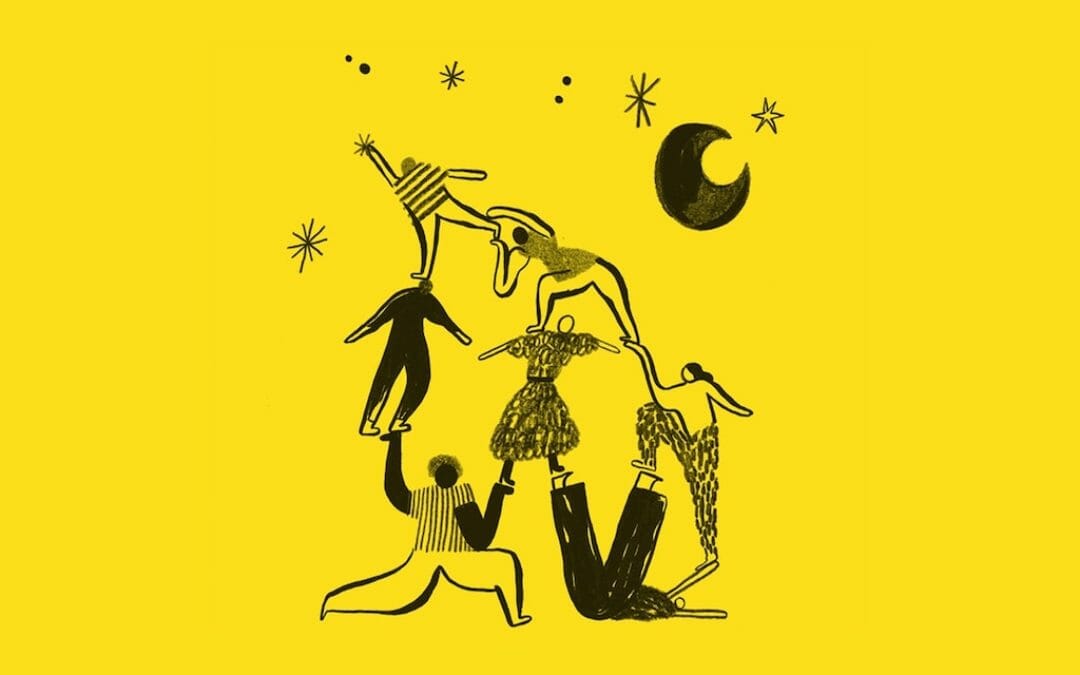 Business is made of people trying to sell each other things. That’s it. And yet, there is still this massive gulf between business-to-business (B2B) and business-to-consumer (B2C). You feel it immediately in the design and language used. You don’t need a branding vocabulary to know when you’re seeing a B2B ad, because it will probably feature code, a weird bar chart, and copy like, “Adding code coverage with Slather to Zendesk’s iOS SDK build.”

Here’s what I want to know: high-level B2B decision-makers are still people – people with hearts, minds, and feelings who make decisions based on emotion outside the office. In an era where the lines between online and offline, work and non-work have never been blurrier, does it really make sense to treat B2B and B2C so differently? Or are we entering a new era of business relationships where hard data and soft emotion can coexist happily?

Here’s how I most often see things delineated.

In B2B, we’re told to focus on the logic of the product and its features. Supposedly, there is little-to-no emotion involved in the purchasing decision. It’s all about understanding your buyers and how they operate within the confines of their organization. In this space, we care more about people using the product than the product itself. As a result, design tends to be “good enough.” The most effective messages explain how the product or service saves time, money, and resources.

B2B typically sells intangible technology, software, and services, which makes forming an emotional connection that much more difficult. Then there’s the question of time. An average B2B transaction can take anywhere from 2-24 months depending on the product or service being sold and the number of decisions to be made within the buying process. The nature of content marketing within a B2B strategy is to not only focus on outreach and backlinks, but to focus on getting exposure on relevant sites that will educate people on the product or service offering. As such, B2B campaigns typically have industry-specific keywords that require fluency in insider baseball.

We get a little visual intrigue with “Webex” and “exceptional” bleeding together, a little humor in the numbers-heavy approach, but mostly a design that I would describe as “meat and potatoes.” A cynic would say this took 2 minutes to make. Those on the inside know this is probably the end result of 3 months of grueling compromise and workshopping. Either way, this is the world of B2B. You could imagine this joylessly slapped on the side of a bus.

In B2C, we’re told to focus on the emotional benefits of the product. Consumers are different in that they demand a variety of distribution channels for convenience – web, social, print, in-store, subscription, droned directly to me, etc. Consumers are less likely to be interested in a lengthy marketing message and want to get right to the heart. The most effective messages focus on the positive end-state and the benefits that your product or service will bring them.

Most of the time, B2C has the advantage of selling tangible products you can actually hold in your hands. The campaigns focus more on sales and revenue figures per month, with sales occurring in shorter sessions, typically single or multi-session visits within days and weeks. An average B2C transaction can occur anywhere from mere seconds – from Instagram to in-the-cart – or a few weeks, with the number of decision-makers typically being less then 2 individuals and the buying process being much more straightforward. As such, B2C campaigns focus on keywords that can be considered, how you say, actual words people use.

An example in market right now? Away.

Is this an ad, or is this one of your beautiful, successful friends at the Cannes Film Festival? That’s kind of the point. Seamlessly blended into your Instagram feed, the top 90% of this image is focused on the emotional benefit of their product. It’s only as your thumb scrolls to the bottom do we realize we are being sold a suitcase. Critics would say there isn’t enough information, but never underestimate the power of FOMO.

Where Are the Intersections Between B2B and B2C?

So, those are our rules. But like all rules, they are meant to be broken.

B2C might look like they are all gloss and polish, but they use an insane amount of big data to craft their “effortless” aesthetic. Think it’s a coincidence that your Instagram feed, your favorite podcasts, and your Facebook ads are all pointing you in the same direction? Taking a page straight out of the B2B world, what B2C brands really care about is understanding their buyers and how they operate in their environment.

Even something seemingly pure, like a Netflix show, is fueled by big data. Through the rich amount of user data stored and analyzed by the company, Netflix found that movies from David Fincher are not only popular but also being watched from beginning to end. In addition, it observed that films featuring Kevin Spacey (pre-scandal, of course) were performing well. Finally, the British version of House of Cards is popular among fans. Combining these three insights unearthed by big data – Fincher, Spacey, and the British version of House of Cards – Netflix created the American version, pushed it to relevant target audiences, and snagged a 9/10 rating on IMDb.

For B2C, that feels a lot like ABM and big data-fueled demand gen. Even if you’re selling a consumer product, you have to bob and weave like a technology growth company to survive in the digital economy.

By the same token, the most successful B2B brands right now have never felt more boundary-pushing. Mailchimp, Squarespace, Zoom, Asana, and Dropbox look beautiful, sound human, and are leading with an emotional impact that prioritizes benefits over product-level detail. Even tech giants like Salesforce have adorable (if not slightly infantile) animal mascots that wouldn’t look out of place in the next Pixar film.

The Takeaway: The Best of B2B and B2C

Keeping the aesthetics of their traditionally superior design, B2C companies need to operate with the data-and-analytics backbone of their B2B counterparts. Companies that use it to their advantage, from recruiting to customer retention to selling, will be the ones that thrive. Regardless of industry or sector, B2C brands can reinvent themselves by turning massive amounts of data into insights and executing swiftly against them.

Leaning into the emotional draw of B2C to build meaningful differentiation, B2B brands have much more creative rope than they think. There is space for outside-the-box thinking, clever subject lines, and gorgeous design – as long as you continue to solve problems for your buyers. As Hubspot says, “At the risk of sounding like a broken record, we can’t emphasize enough the importance of B2B brands maintaining a human element.”

Forget the false divide. Let’s combine the brains of B2B with the heart of B2C to create a new standard of commerce for all.