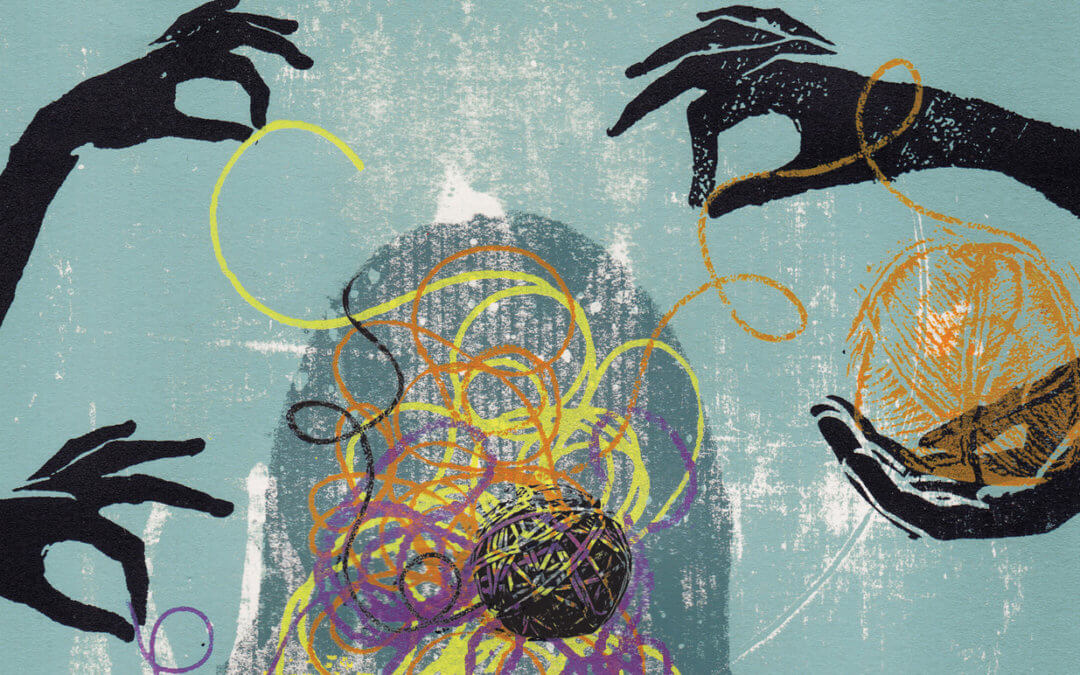 Inauthenticity is the Achilles heel of purposeful brands. More than ever, people gravitate toward companies that radiate transparency and accountability. We laud brands that shift our perception to break down stigmas. However, if these sensitive topics are clumsily handled, the backlash is harsh and swift. Failing to sell a luxury item is one thing. But misrepresenting a sensitive topic for financial gain? That’s another.

Nowadays, it seems hardly a week goes by without a public apology in response to a tone-deaf branding effort. So, how does a brand discover if it’s equipped to tackle an anti-stigma campaign?

Most people have trouble holding two ideas in their head at the same time, especially if the ideas are contradictory. It’s even harder for brands. Anytime a company puts an object out into the world – a branding campaign, an ad, a tweet – two ideas are presented:

When it comes to the tricky world of branding for hot-button issues like awareness, social justice, or reducing stigma, audiences must reconcile these two stories.

We’ve said it before, but at its best, a brand is a promise delivered. It informs people what they can come to expect from your products and services. Furthermore, it differentiates your offering from your competitors. A brand promise doesn’t materialize out of thin air. You should derive this from the intersection of who you are, who you aspire to be, and who people perceive you as.

Above all, does it make sense for you to be telling this story? Are your ideals and outcomes aligned with this cause? Or are you hoping to draft off the zeitgeist?

Take the example of Pepsi versus Heineken. We have two beverages attempting to tackle big issues like systemic racism, transgender rights, and climate change.

In what could only be described as cultural drafting, Pepsi sprinkled in Black Lives Matter imagery into their ad with no real rhyme or reason. Unexplainably, it ends with a supermodel giving a police officer a soda.

In contrast, Heineken took something true about their product – people discuss complicated matters over beer – and transformed a bottle into an opportunity to dispel stigma through conversation.

The Specific Is Universal

Recently, we helped a global technology company address mental health in the workplace. There was no cognitive dissonance in their mission, so the question became: how do we approach such a large issue?

In the tech world, language shifts toward the hyperbolic. Given that approximately 1 in 5 adults in the U.S. experience mental health issues each year, it would have been easy for us to lean towards big, universal messaging.

The only problem is, stigma isn’t always that overt. Often, it exists because a shadowy old idea has been allowed to live unchallenged in someone’s mind. As a result, a strong stigma strategy focuses less on the stigma itself and more on creating familiarity through education and the common stories of other people via empathy and compassion.

So, we created a way for employees to connect with each other, share their personal journeys, and access mental health resources. By zooming in on the authentic stories of individuals, we could address a larger narrative without coming off as preachy or dogmatic.

Reducing Stigma Is Not a One-Off Campaign

Lastly, nothing builds public trust like a proven track record. It’s easy to support a trending cause. But reducing stigma is not a one-off campaign, it’s a long-term commitment – and we can help you keep that promise.