Why It Pays to Aim High: Reflections on the Inauguration 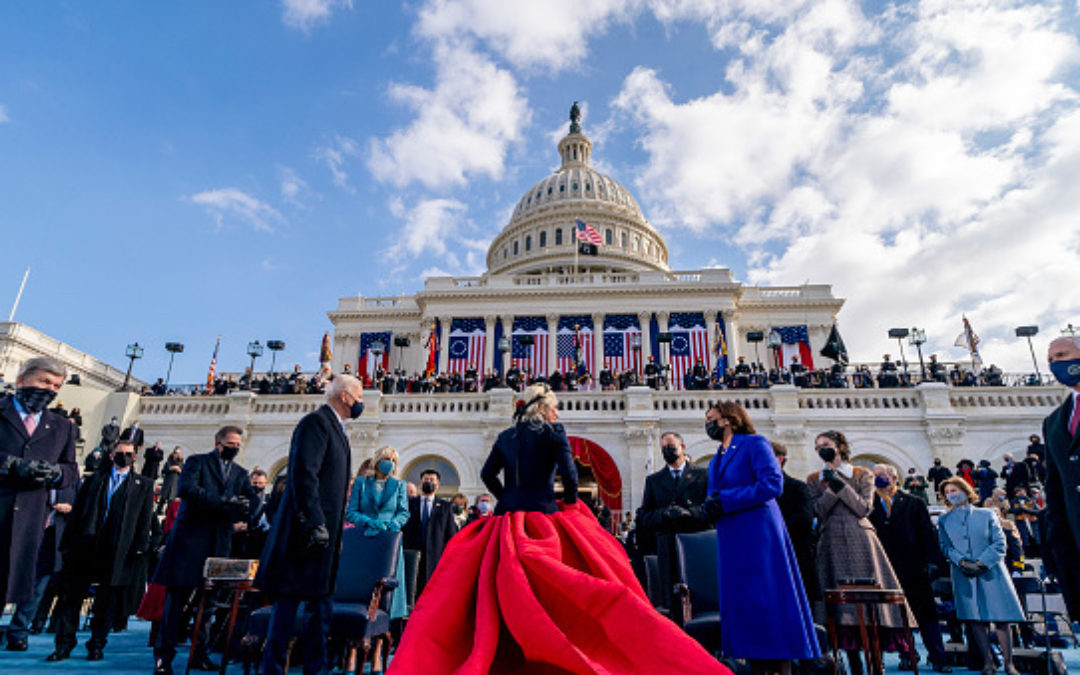 I’ve not always been American. I moved to the United States at the age of 13, reluctantly at first, because who wants to move anywhere at age 13? But in a very short time, and especially by the time I started college, I was fully bought into the proposition of America. At the tender age of 17, my friends back in the UK were finishing their A-levels and already having to close the aperture on their future careers by declaring what they would study at University. I, on the other hand, was looking at a veritable smorgasbord of classes and majors offered by Barnard and Columbia Colleges—two massive educational edifices flanking Broadway in the Morningside Heights neighborhood of Manhattan.

Options and choices. To me, this defines the American offering—the choice of what to study, who to spend time with, where to live, what to believe in, when and how to talk, and the freedom to live out one’s choices and their natural consequences, as long as they fit into the framework of the Law and good citizenship. I freely availed myself of the choices I was offered, charting my own course, creating my own options where I didn’t like what already existed, certainly abetted by my white, middle-class privilege, and limited only by constraints of my own making. And it was good. America was good.

Then 2016 happened. Then 2017, 2018, 2019, and 2020. And just two weeks ago, January 6th happened. And I’ve been disgusted. Disenfranchised. Ashamed. Embarrassed. One man, his supporters, and his scared, beholden party took practically everything about the American proposition and turned it on its head. And I lost myself in my assumed home country. The American flag that my husband insisted we fly outside our home had become wretched to me.

No one was more surprised than I as tears flowed freely down my cheeks as I watched Joe Biden and Kamala Harris take their oaths and assume their place of national leadership this morning. I rejoiced as I watched the National Mall and Capitol festooned with American flags, Lady Gaga choking back her own tears as she sang the National Anthem, J Lo bedecked in suffragette white, and Hillary Clinton in the purple of bipartisan unity. I imbibed the significance of Latina Supreme Court Justice Sotomayor swearing in the first woman of African American and Asian descent to the office of Vice President. I lapped it all up—the rampant and unabashed paeans, symbolism, Americanism, and historic significance that made up this morning’s ceremony.

And as I reflected on my reactions and emotional state, it slowly became clear to me. America is an enduring brand and I am completely beholden to it. America has a clearly defined value proposition and set of values and beliefs. And no matter who assumes the role of “brand manager”—in the case of the last 4 years, Donald Trump—those values and beliefs are evergreen. Further, we, as target audiences and consumers of Brand America have only the original brand strategists, the Founding Fathers (and their wives, one presumes), to thank for having the clarity of vision and foresight to set the brand bar high, to ensure that it would and could withstand the slings and arrows it would have to endure over its lifetime.

And so, herewith my humble offering as a consumer of Brand America, and also a student and sometimes teacher of brand strategy:

For now, I rest. Tomorrow brings a new day for this brand I’ve appreciated for several decades. As we all know, brand stewardship today is a two-way dialogue between its creators and its consumers. I for one will be happy to participate in Brand America’s revival and rediscover its relevance and message for myself and my fellow Americans.