Not Another Outdoor Brand: The Appeal of Meat Eater 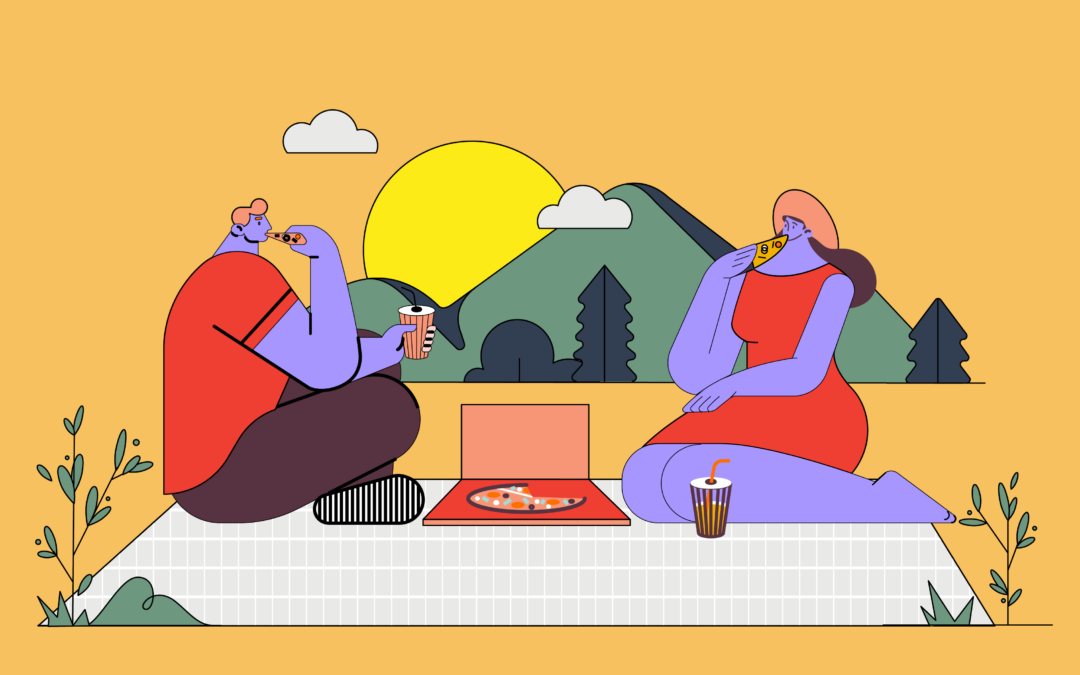 In our last blog post, Joanna Schull explored an approach to companies that are creating their own categories. Today, we’ll talk about what happens when a brand takes an existing market category and turns it on its head entirely. When this happens organically, as part of a larger vision, the results can surprise and excite.

Sandwiched between the romcoms, reality shows, and “Steamy Thrillers” of Netflix, you can find Meat Eater. In its tenth season, the show centers on hunting and fishing across multiple continents. There’s a clue to Meat Eater’s ambitions in its name: a determination to bring the drama of chasing animals back to its ultimate purpose of consumption. The show’s logo, in which moose tines transform into dinner forks, echoes this idea.

At the center of Meat Eater is Steven Rinella, a lanky, 48-year-old Michigan native and lifelong hunter and fisherman. Rinella is the series’ narrator, founder, and nucleus; around him orbit a rotating cast of characters: old friends, hunting guides, the occasional celebrity. Rinella’s spare commentary and self-effacing humor let the drama of the show unfold around him, and much of Meat Eater’s appeal is in watching him watch the rugged country he hikes through, waxing philosophical as he gazes through binoculars.

Lesson 1: Differentiate from those in your market category.

Meat Eater’s depiction of a life in the wild isn’t radically new. All good hunters and anglers, by definition, need to be both cooks and conservationists. But conventional hunting TV shows rarely go beyond treestand grip-and-grins, leaving crucial parts of the story untold and making it inevitable that a new voice will stand out and get noticed.

The show’s pace is set by long, meditative shots of the natural landscape, punctuated by Rinella’s observations on the behavior of the animal he’s after, the ecology of the larger region, or both. Stalk sequences are predictably thrilling, but they’re not a given: Rinella and his crew will release episodes whether they find success or not. After a rifle shot, the depiction of field-dressing game is unflinching, but the camera’s gaze doesn’t linger there. Instead, in a stylistic shift, we’re off to a cabin or country kitchen, where Meat Eater reveals itself to be a cooking show.

Outdoor sports programming. Nature documentary. Cooking show. Meat Eater combines and confounds all three. Is it a Bourdainian foodie epic with a really long intro? Or a carefully considered attempt to reclaim hunting culture from the likes of Ted Nugent? Encountering the unexpected creates interest, and keeps your audience hooked.

Here, Rinella deftly breaks down game into roasts, medallions, and burger patties, showcasing recipes (Kung Pao Bear, for one) you won’t find on the Food Network. Meat Eater’s host is as comfortable with a cast iron pan as he is with a rod or gun, and it’s telling that the majority of his published books are cookbooks.

Along with the cookbooks, the Meat Eater media brand comprises spinoff shows, podcasts, and a website with a broad scope of articles (sample titles: How to Make Ramp Powder, Live 7-Foot Sturgeon in Car Trunk Leads to Massive Poaching Ring Bust). There are partnerships with apparel brand First Lite and rifle maker Weatherby, as well as an ascendant sub-brand, Wild and Whole, that caters to foragers and homesteaders.

Bowhunters, committed locavores, and environmental activists. Seeing the Venn diagram plot of these people is one thing; seeing how they can be the same person is another. The COVID-era explosion in outdoor exploration is nudging separate interest groups together in fertile and synergistic ways. Acknowledging an audience is about more than setting up a big tent: it’s about understanding inclusivity by way of the common thread that can tie people together.

America’s most famous chef may not be a hunter, but America’s most famous hunter is certainly a chef, as well as a citizen scientist and creative writing MFA (University of Montana, natch). Standing at the intersection of environmentalism, guns, ethical consumption, and animal welfare, Meat Eater straddles a political tinderbox, yet it manages to be a whole that outshines its parts. It’s proof that reimagining what category you’re in – and who your audience could be – can transform your business.